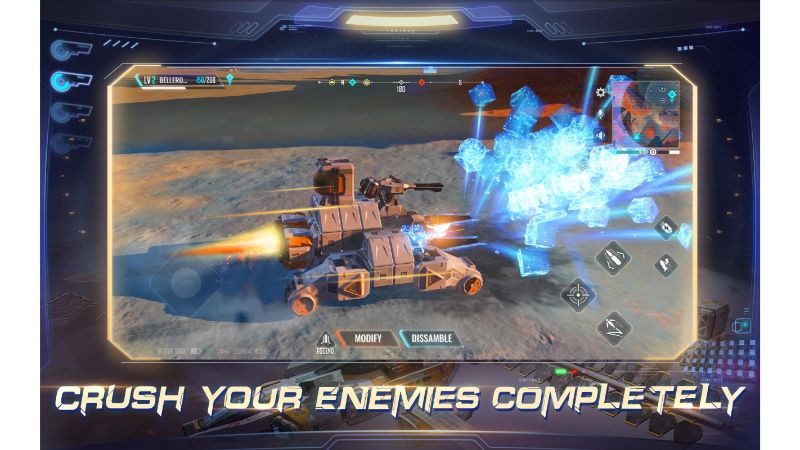 When it comes to battle royale games, you can find tons of such games out there over the internet. If you are a game enthusiast and love to play games that use weapons and involves you in fighting with enemies and something like where to have to keep yourself alive until the end of the game, you might have sure play one or more battle royale games.

One such battle royale game which has been released recently and marked it position in the list of innovative battle royale game is Rover Rage. In this gameplay, you are involved in creating your own robot and customize it using the weapons and other pieces scattered on the battlefield. Like in every battle royale game, here too your main aim is to destroy your enemies, but using the robots. It can be crafted in different shapes using hundreds of modules available in the game, as per the situation and choices.

On the other hand, Call of duty offers players a choice to play in different modes per their choice, these include zombie and multiplayer. You can choose to squad up with other players or can also play as a solo to jump into the battle with others in the game. The game offers a variety of weapons and other items and you can upgrade them as you level up to make a strong battle against your enemies.

Though Rover Rage also comes with various powerful weapons that can be used over the robots as well as gives extraordinary visuals when you play a game where all robots can be seen fighting with each other. Also, Call of Duty has its own visual and sound effects. Both games are somewhere equal in this concept.

In Call of Duty, you get a chance to explore several maps and you have to explore the one to kill your boredom. Whereas in Rover Rage, there is nothing like choosing one map, instead, you have control of your crafted rover across the surface of a distant planet. This too comes with a unique experience as most of the battle royale games are played on only one planet i.e. on earth. Playing Rover Rage gives somewhat different experience than these games.

It is really difficult to say which game is better than other – Rover Rage or Call of Duty.

But one thing that makes them different is Call of Duty is a first-person shooter game, means you are equipped with weapons and can be seen fighting with your enemies using guns and other weapons. On the other hand, Rover Rage involves robots in the battle, not any person.

If you want to play with your own crafted robots, Rover Rage is the best game, else Call of Duty to get rid of your enemies.