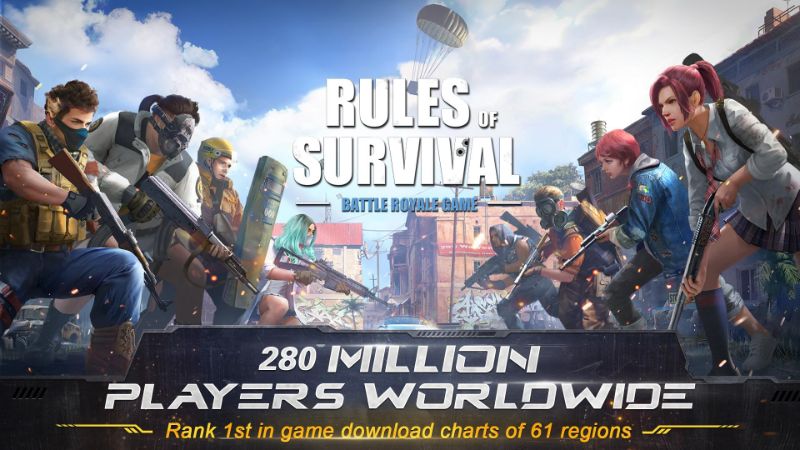 Have you just started playing Rules of Survival? Are you new to the concept of battle royale games? If the answer to these questions is yes, there are few things that you should know to have an edge in the world which is new to you and where everyone is against you.

A Rules of Survival is a third-person shooter game where you and several other players are landed on an isolated island. The aim of all players including you is to survive till the end, but as only one player could be able to achieve this goal and will be the winner of the combat. You have to start searching for weapons, vehicles and other useful items as you step on the land.

Now, this guide will help you to make your stay longer in Rules of Survival gameplay.

You must be attentive about the land you are in because if you move in an open area, you are more likely to be caught and killed by the enemies. Like if the area has tall grass, you should not run or move faster, so keep yourself crawled on a belly to avoid being noticed by any player.

Also, try to be close to the buildings and hills so that no one can see you. You have to watch the map from time to time because the safe zone and attack zone on the map keeps on changing, so be sure about the place you are standing on.

Pick the right weapons and supplies

Being on the battleground does not mean you have to fight for the weapons and other useful items as well. Like in most of the battle royale games, Rules of Survival also offers plenty of supplies which are scattered around the map. You have to pick them up but make sure to do this quickly.

Also, it is very important to pick the right weapons and items. Like you can pick anything that can help you in the battle, so grab what you want. You have a limited capacity, so picking wrong or unwanted supplies is not a good idea at all.

Rules of Survival gives you an opportunity to play in a team of 2 or 4 players, so if you choose any of these game modes it means you are making strong combat against your enemies. No matter what strategies you apply to take out the enemies from the battle, but make sure to stick with your team and work collectively. Don’t let your enemies to take advantage of any of your team members.

Go through these tips before starting Rules of Survival.