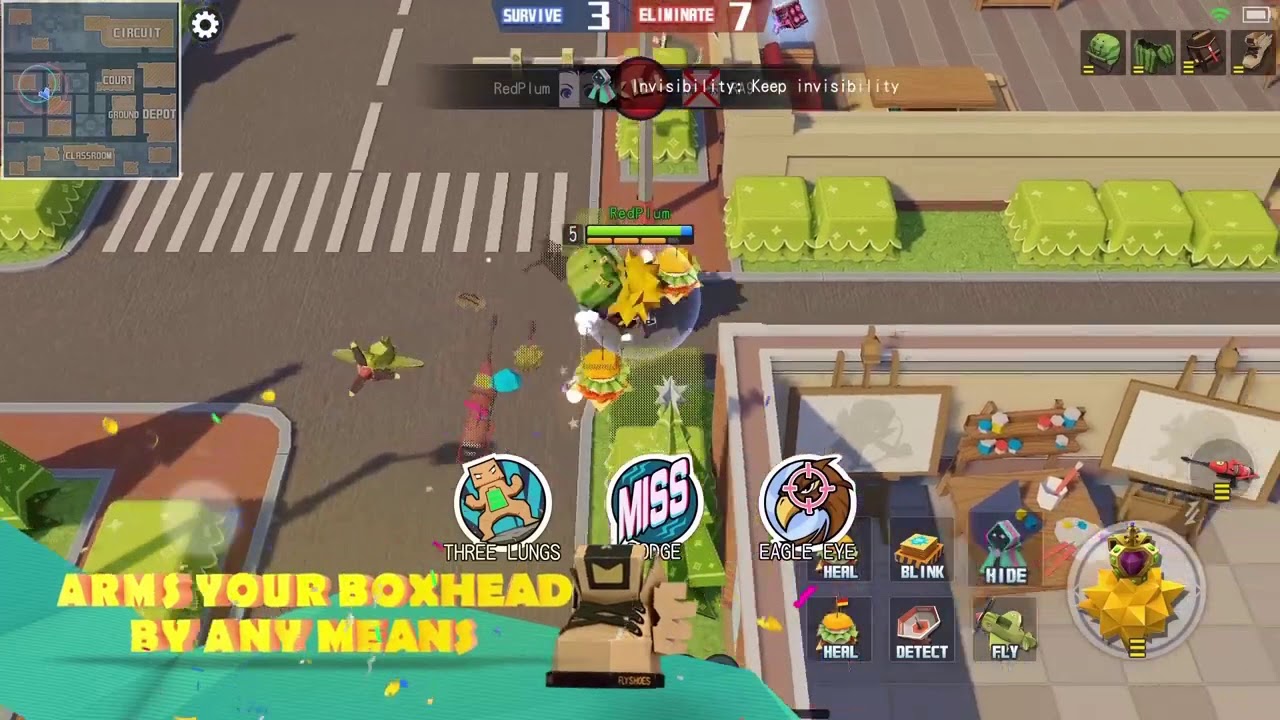 Cardboard Clash, earlier it was known as Carton Wars, is one of the craziest battle royale games which involve tons of carton or paper doll-style characters with the aim to give players gameplay with a combination of fun, excitement, and craziness. This game is not different from other battle royale games, like them in this gameplay as well your main aim is to the last play standing in the battleground.

In Cardboard Clash, you have to fight against 29 other players, thus a total of 30 players are involved in the gameplay. This game has an easy to use and intuitive control system, which can easily be accessed to move your character when playing it on your mobile phone, and if you are running it on your PC or Mac, nothing can be compared with the comfort of using a keyboard and mouse to play a game.

Must read: Guide for Cardboard Clash

In this gameplay, you are allowed to take only two weapons at once, along with these two you can also pick up other items which are helpful in the battle, such as hamburgers, smoothies, and others.

The battle in Cardboard Clash lasts for a very short time, somewhat about 5 minutes and this time can be less if you are killed earlier. This makes it a preferable battle royale game to be played anytime without any worry of occupying your long time. As the players get killed, gradually the battlefield becomes smaller, which forces the players to be ready to face complex challenges when they all come in front of each other and that too on a smaller battlefield. It means as the game progress, the battle with other players become more complex and challenging.

Despite these challenges, Cardboard Clash is a fun battle royale games due to these features.

Carton Customization
The tons of cute carton characters are waiting for you, each has its own unique stats, skills, and abilities. You can customize your chosen character as per your choice.

5-minute clash
It is just a 5-minute clash, thus increases your excitement when there is less battle time. Simply sit and stick to your seat for another 5-minute, it is a perfect game when you have very less free minutes.

Overall, Cardboard Clash is a wonderful fun action game having outstanding and colorful graphics with clear controls as well as cutesy characters with various personalization options.